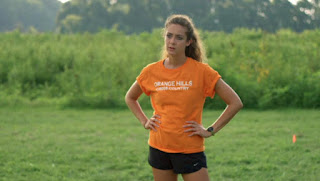 Another Christian film from the Christiano brothers, but this one's about a cross-country running coach and I am a cross-country running coach, so I should like this one. As it happens, that makes it worse. There's a creepiness in focusing on the girls' bodies as they run, as well as in the classroom, where short skirts seem to be a uniform of sorts. The coach's secret plan to help her team to victory is... pacing, which is something the film itself sadly lacks, but which is not exactly revolutionary in running. The lead actress is so deadpan that, when she tells a joke, you don't notice it at first. There's some howlers among the dialogue, some scenes that could only happen in Christian films and some supposedly healthy relationships that made me cringe.