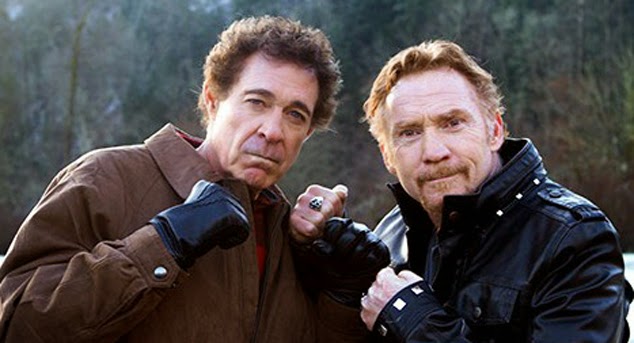 Bruce Davison, who once won a Golden Globe for his acting in "Longtime Companion," both directs and acts in this turkey from the team at Asylum, made for the SyFy network. Bigfoot terrorizes Deadwood, South Dakota, where a music festival is going to be held. The film stars former television stars Danny Bonaduce (whose overacing may or may not be intentional) and Barry Williams, with assists from Sherilynn Fenn and Howard Hesseman. Alice Cooper, playing himself, gets the closest thing to an intentional laugh in this. Besides the typical high body count of people killed in ridiculous ways and terrible CGI effects, there's some basic script problems. In this, Bigfoot is so enormous (bigger than a house) that he couldn't have gone unseen; also, his attacking and eating people is new and why this happens is never explained. This film's entire purpose was to arouse interest in what these actors would do in a low-rent horror film; save your time and don't watch - they don't do much.