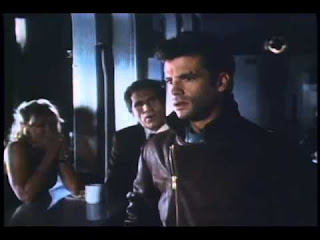 This is probably the least interesting Lorenzo Lamas martial arts film. He plays a guy who runs a strip club and is forced back into the world of kickfighting against his will. There's one decent fight at the start and a mediocre one at the end with a guy who I've seen in a lot of these things over the years (but who I am not looking up). The film is overly-stylish and is more a moody thriller than a martial arts film, which is probably why few have seen it and those who did were disappointed. It's not terrible - though there is a scene that inter-cuts a Lorenzo sex scene with shots of his mother being murdered - but there's nothing to recommend it, either.