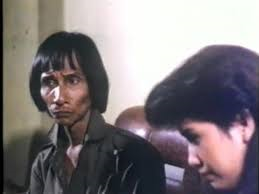 The people who have trashed this film seem to have missed the fact that it's a parody. It's a Filipino version of "Rambo" - there are others - starring the least brawny leading man possible, and I'm including Weng Weng. Speaking of Weng Weng, this film's star, Palito, also did a James Bond spoof, which I can't find a copy of. "Samson" is subjected to bullying that seems inspired by the Three Stooges, until he can't take it any more and fights back. The humor comes from seeing toughs getting beaten by a small skinny guy (plus things like his character being named "Samson"). Action star Fernando Poe makes a cameo. Humor doesn't translate well, but this is not so-bad-it's-good.