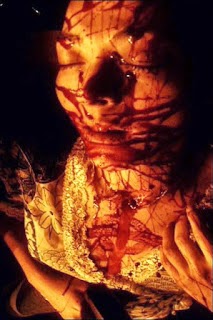 Ulli Lommel's made three films about real serial killers, none of which pay attention to the facts. This one is the one that's shot with the camera held at 90 degrees - really, the floor is on the right side - I eventually turned my screen to watch this. This is very gory (but not interestingly so) and one expletive is used as half the dialogue. It's hard to tell that this was supposed to take place 30 years before it was filmed. There are random cutaways to shots of the Golden Gate bridge, just to remind you where it's supposed to be (it was apparently filmed on location, but you can't tell). I understand that Lommel once was a student of Fassbender and has taken to heart the less-is-more ethic, but there has to be SOMETHING.