How bad is it? It's probably the low point of Hulk Hogan's questionable career.
Should you see it? No. 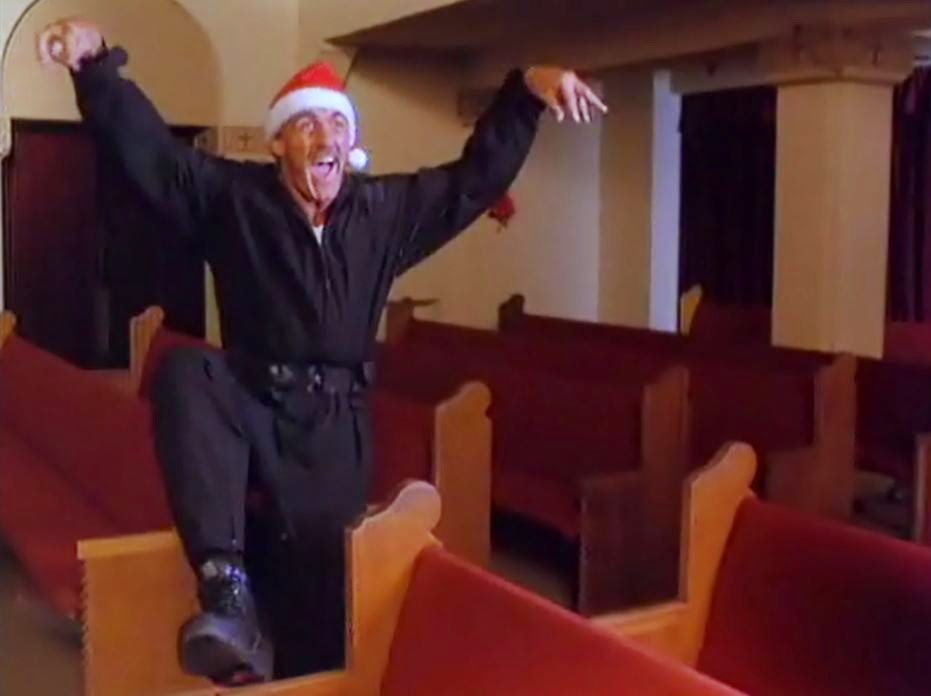 Hulk Hogan plays a cage fighter and health products mogul who, avoiding police in a chase, dons a Santa suit, jumps down a garbage chute (where several copies of this film no doubt were lurking), bangs his head, gets amnesia and believes that he is indeed Santa Claus. An evil scientist tries to take over an orphanage that has exactly three children, access to catacombs and enough real estate to fund a real Hollywood film; this is because of magic crystals - always a nice touch - that just happen to be beneath it. Clint Howard makes an appearance (oh, and so do Ed Begley Jr. and Mila Kunis and others that should know better).
Posted by SteveQ at 10:35 AM