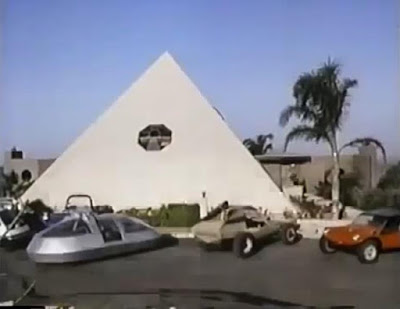 This is a mash-up of a formulaic western and cheap science fiction and, while it's watchable, it's also shoddy enough to elicit giggles. A bad guy (Michael Pare') is sent to a penal colony on another planet that looks remarkably like California and even has roosters crowing at sunrise. He escapes, a bounty hunter goes after him, but it comes down to an elderly colonel (Richard Farnsworth!) to blow away the bad guys in the final scenes. There's a terrible Irish accent for no reason, there are dune buggy chases, there's an inappropriate soundtrack (that's pretty good, just doesn't fit), there's a couple of failed jokes, a character that seems to disappear and some poor editing. Farnsworth's tough guy is worth wading through the rest of the film for.