How bad is it? It's atypical of the recent glut of shark films, but still not good.
Should you see it? Only as a palate cleanser from other shark attack films. 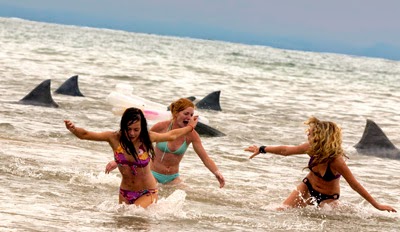 It's spring break and sharks attack. Oh, you need more? The sharks are more rubber fins than CGI and the attacks aren't as silly - or gory - as in other films, though one guy windsurfs into the mouth of a shark. The film is light on attacks and heavy on relationships and character, which is truly unusual, and the acting is pretty good (except for thrashing and screaming during attacks). It's ambitious, but mostly dull, so it's a failure.