How bad is it? It's a pedestrian low-budget monster flick.
Should you see it? If you've seen one, you've seen them all. 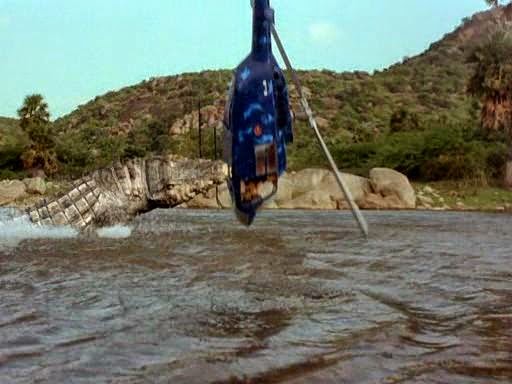 This isn't a sequel to Tobe Hooper's 2002 film "Crocodile," nor Hickox's, nor Kim's, nor Sands', all of which are mediocre, but somewhat better than this film. This film starts with a bank robbery and takes some time to get to the swamp and the crocodile, where poor effects kill the cast in uninspired ways.