How bad is it? It's not great.
Should you see it? I think so, especially if you're a fan of Charles Band. 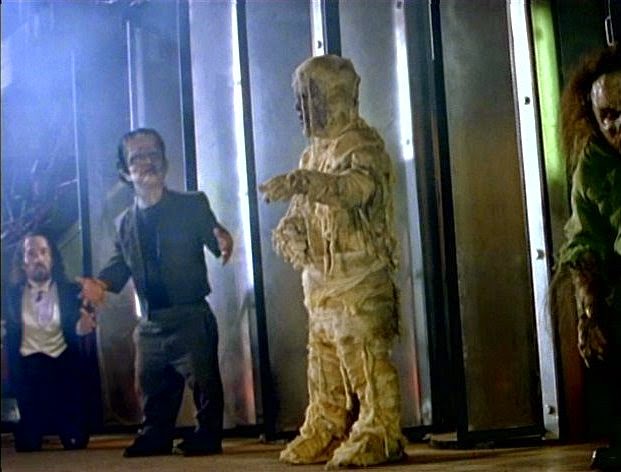 Charles Band has produced a ton of low-budget films (Full Moon Pictures) that often have unique elements aimed at garnering a cult following. The films that he himself directed are often the best of the bunch (I covered "Hideous!" before). In this one, Dracula, Frankenstein's monster, the Mummy and the Wolfman are all brought to life... only three feet tall! If that idea amuses you, so will the film. The actors, recognizable from other roles, are quite good. The story takes a while to get going and the film's running time is short, but the attack scenes are well done, particularly the one of the librarian at the altar.