How bad is it? It's very bad, but some (some) of the badness was intentional.
Should you see it? If 2 1/2 hours of farts and boogers with 4 good laughs is enough for you, yes. 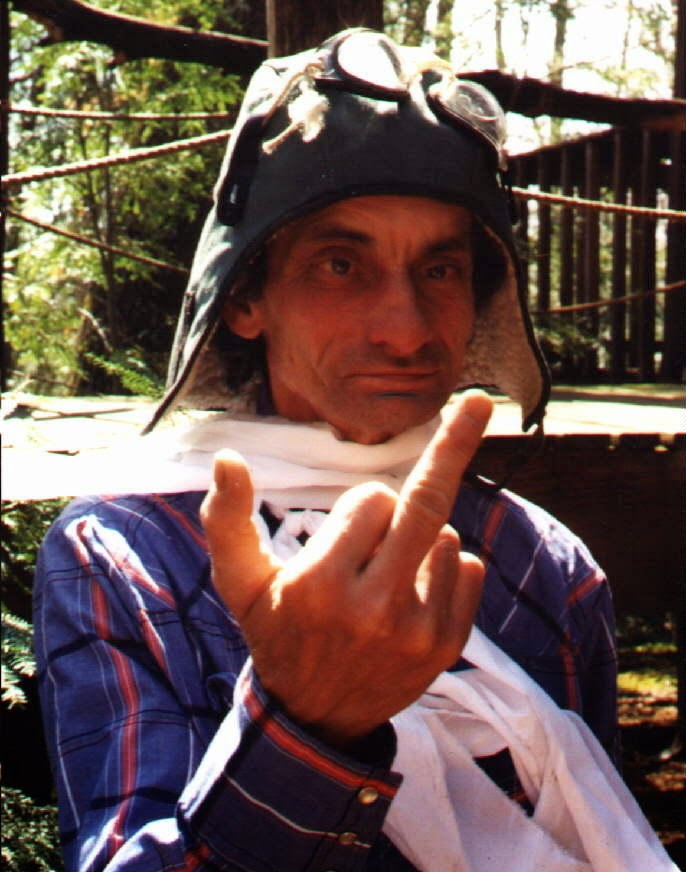 Joseph P. Warren wrote, directed, produced, edited and starred in this film, which he hoped would be the next generation of bad taste film after John Waters went semi-legit. It's about cockfighting and a giant rooster created by, ahem, rustic "gene-splicing." The "that's the biggest cock I've ever seen" jokes get tiresome, but there are moments that are really funny. The death of the little person, "Sweet Meat," is probably the best and I love the fact that he's played by a man walking on his knees. The gross-out humor is extreme, but not particularly funny and the movie just... never... ends, clocking in at 135-140 minutes. The most remarkable thing about the film is that the characters, while sketchy in every sense of the word, are somewhat endearing.
Posted by SteveQ at 11:20 AM