How bad is it? It's a TV pilot that never aired. That kinda says it all.
Should you see it? It has its moments, but not quite enough of them. 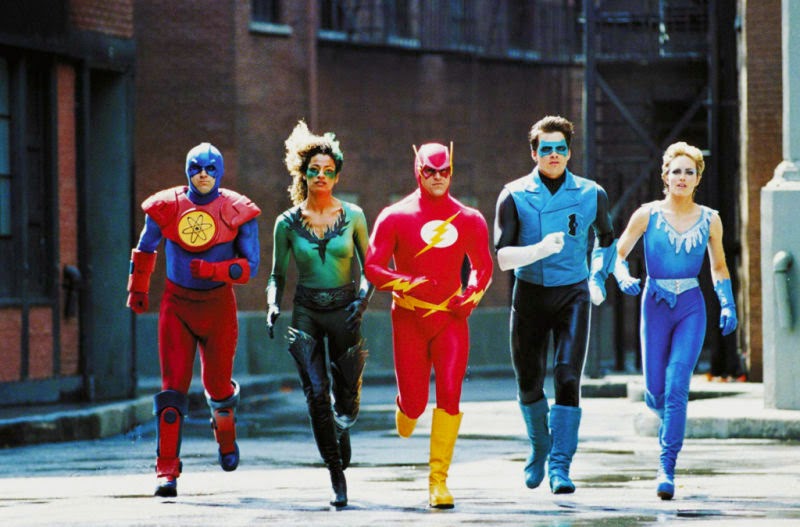 Among the terrible movies based on Marvel comics, there's one that was meant to become a TV show, but was so bad that even the pilot never aired. The Justice League here is minus Batman, Superman, Wonder Woman and even Aquaman (too expensive), leaving The Flash as the only recognizable character. The Green Lantern is... blue. One costume consists of eye shadow, the rest of styrofoam padding and thrift shop leftovers.

The show doesn't really deal with the whole superpower world very much, but focuses on the humdrum daily lives of the cast, making it look like it was based on "Friends" or maybe "The Real World." The Atom, for example, rescues a cat. The Flash makes a poor housemate because he eats too fast. David Ogden Stiers does the best he can as a ridiculously fat Martian, but the rest of the acting is as bad as the dialog, plot and costumes. The tacked on happy ending, where everything just works out, caps off a ridiculous story.

The best moment is probably limbo-ing under a security beam.
Posted by SteveQ at 9:26 AM