How bad is it? For a Doris Wishman film, not bad - in other words, terrible.
Should you see it? Sure. 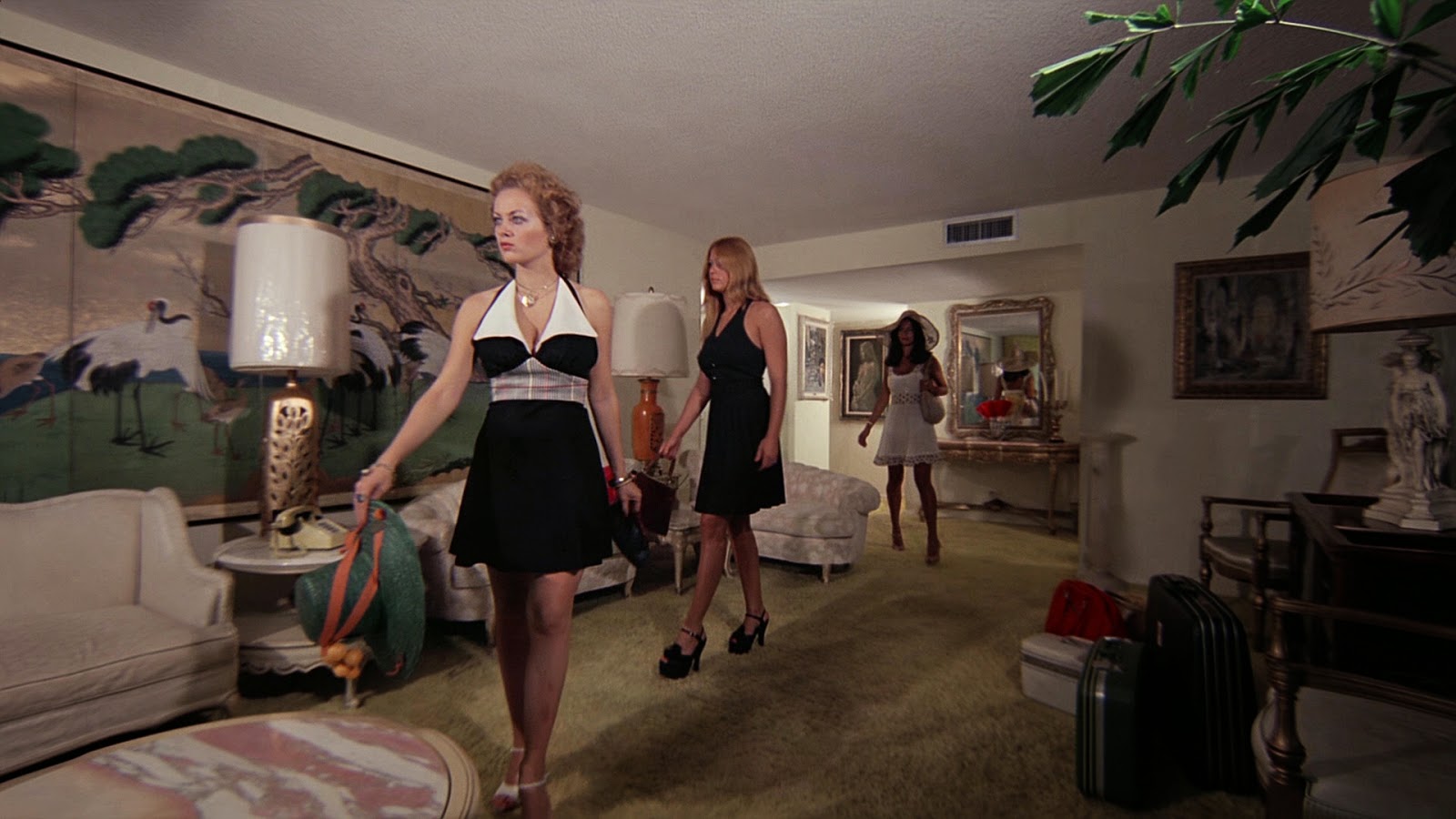 The TV show "Charlie's Angels" seems to have borrowed from Ted Mikel's "The Doll Squad," but there was another film about three attractive detectives that came out at the same time. When I heard that there was a sequel to Wishman's "Double Agent 73," I'd always assumed that people thought "Deadly Weapons" was meant; I seem to be the only one who didn't get the DVD package with all three films. My confusion was caused by Chesty Morgan not appearing in this one.

Chesty Morgan was apparently a nightmare to work with, besides being a terrible actress, so her being omitted from the film could've improved it, had Wishman put any effort into her film after writing it. The film starts with a funeral for the character played by Chesty, now played by a woman who looked nothing like her (particularly in the size of breasts), who also ends up playing one of her three illegitimate daughters, who meet at the funeral.

The plot revolves around trying to solve their mother's murder, with an attorney and a gardener as about the only suspects. To get information, there's fellatio on a banana, sex in an elevator (with what might be the woman's father!), a handstand in a swimming pool and a couple of shoot-outs. There's one bra in the film and it's drawn on a picture with a pen. Once again, most of the film was shot inside Wishman's house, with one small room being the entire funeral parlor. Also once again, the camera just shoots inanimate objects - or, say, a foot - for no discernible reason. The film has a surprise ending, which actually kind of works.
Posted by SteveQ at 9:28 AM