How bad is it? It was made by Asylum for SyFy - that means it's absolutely terrible.
Should you see it? Surprisingly, yes, IF you must watch one Asylum/SyFy film in your life. 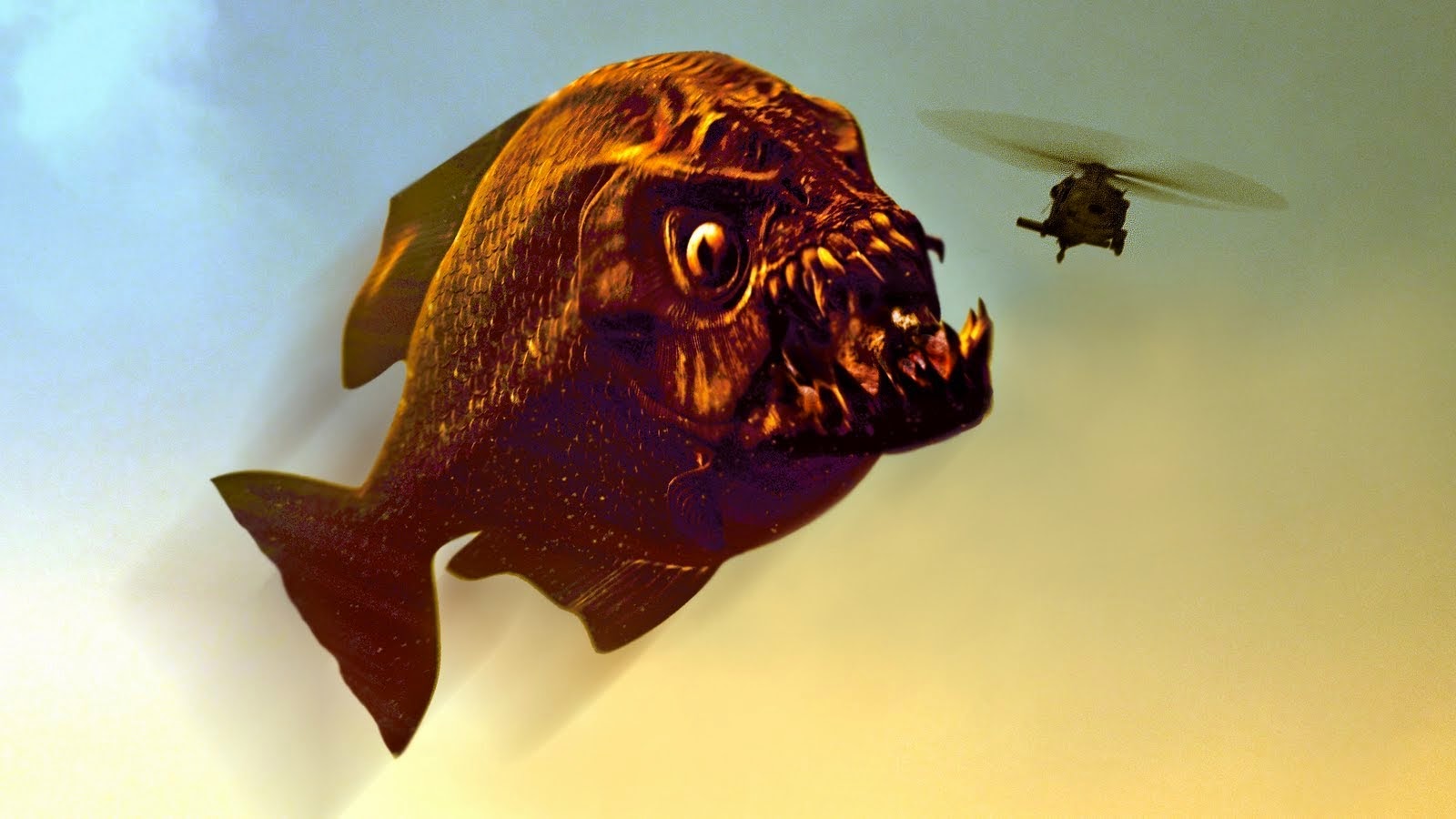 Former teen pop star Tiffany stars in this second film of a series of giant ocean creature films; if you have fond memories of her in the 1980's, she has not aged well. Genetically modified piranhas escape, and make their way to Florida, continuously doubling in size at regular intervals. Special agent plus fish expert Tiffany go to Venezuela to try to stop outbreak, but get chased by local army. There's a helicopter escape, two battleships sunk, a nuclear submarine wrecked, two destroyed hotels, flare gun into mouth with exploding head, and piranha vs piranha action in a feeding frenzy. At least it's not dull.