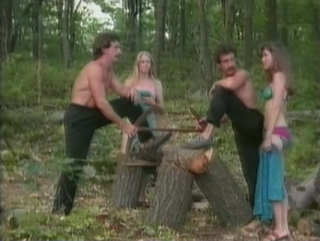 Irish-Canadian identical twin martial artists with killer 1980's mustaches... do I really need to say what they do? They fight bad guys and save a girl. There's the song (Fight for Your) Right to Fight by Billy Butt. There's lines like "Confucius say: when fighting truckers, nail the suckers." The fight scenes are quite good, but the constant slo-mo is wearying. It's obviously low budget, but it's consistently entertaining (both intentionally and unintentionally) for 70 minutes; there's 7 or 8 minutes of recap at the end tacked on and a weird "Star Wars"-like crawl at the start. There was a sequel, but I haven't seen it.