How bad is it? Dull, sloppy sequel is the worst boxing film ever made.
Should you see it? Chances are, you already have - but, no. 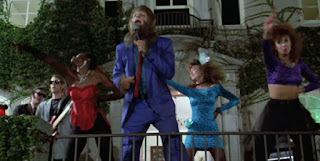 The original Teen Wolf was not good, but it had originality, energy and a charismatic lead; this sequel has none of that. The plot is identical to the first film, except that Michael J. Fox is replaced with Jason Bateman and boxing replaces basketball. It's tedious and forced. Where the first film treated lycanthropy as a problem of pubescence (lots of unwanted hair in both), this one has nothing to say.