How bad is it? Plotless rap vehicle.
Should you see it? If you're a hopeless Snoop fan. 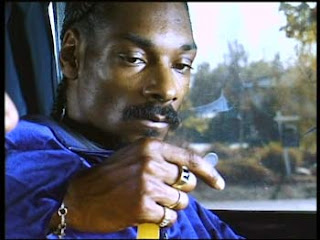 Okay, I've lost my notes on this one and it isn't terribly memorable, so the review is going to be as shoddy as the film. "Tha Eastsidaz" was the name of a short-lived rap trio that included Snoop Dogg and this film was probably made just for the soundtrack album. The characters seem to sleepwalk through it, their lines spontaneous or improvised - no writing credit is given. I honestly can't tell you what the plot is and I'm not going to look it up; it's for those who want to see Snoop on film being Snoop.