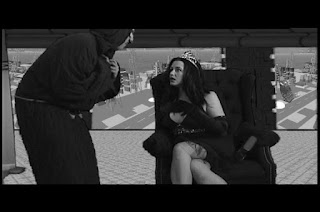 This film must have taken about as long to make as it took for me to download and probably cost as much as a dozen views (one is enough). Lloyd Kaufman of Troma plays the President, Debbie Rochon plays the queen of a planet that decides to invade Earth for fun and Conrad Brooks narrates... sort of. There's a lot of references to Plan 9 From Outer Space (including the presence of Brooks) and it looks like it was more fun to make than it was to watch.