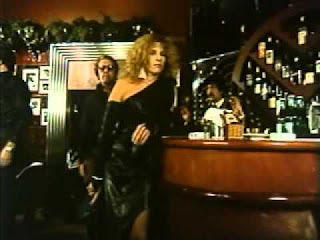 Woman who was the driver in a crime gets sent to prison, where the usual sleaze and sadism occurs, though the obligatory shower scene's short. There's a holocaust survivor and a pregnant woman (who gets raped right after giving birth), whose stories seem like better ones than you're watching. The one original idea of the film is that the warden is sympathetic and lets her out for one night to seek revenge.
Posted by SteveQ at 10:31 AM