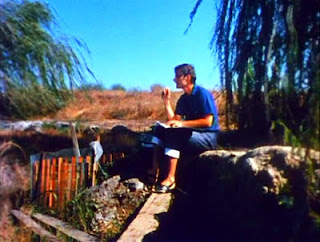 Fireballs from outer space stalk people before incinerating them and two scientists investigate. There are only three deaths in the 70 minute run time and it manages to reuse footage. Oddly, no one seems to notice giant translucent glowing balls until they attack. The dialog is muffled and the $40000 budget went mostly to special effects, which aren't terrible.