When Barry asked me to write a review for his Nature's Fury Blogathon, I decided it was a chance to write about a good film for a change. I've written here about killer birds, bees, bears, sharks, mosquitoes, lizards, rats, rabbits, plants (really!), spiders, fish, cats, dogs... well, you get the idea. I wanted to write about nature itself. I decided to re-watch Werner Herzog's classic "Fitzcarraldo" and I needed to get in touch with nature, so I decided to watch it and review it atop the highest peak in Minnesota, Eagle Mountain.

I entered the ranger station and I seemed to surprise the ranger on duty.
I told him I planned to scale the mountain, not carrying a laptop with which to watch the film and write about it, but with a 35mm projector and a manual typewriter, as it was more authentic to the era of the film's story; I also needed a gasoline-powered generator. "Fitcarraldo... yes, I've seen that. Crazy guy tries to bring a boat over a mountain, right?" That, essentially, is the plot, but it doesn't really explain the film. "Wasn't as good as 'Aguirre,' though, was it? Even the documentary about making it, "The Burden of Dreams," was a better film."

I guess I lost it. I hit him in the eye and took off.

Day 2: We have the wrong permits.

There were problems with the expedition from the start. There were people in the way, asking what this film has to do with nature's fury. All Herzog films do, to some extent, I said. "The Great Ecstasy of the Sculptor Steiner," for example, has a man whose job is literally to remold bits of earth and who tries to defy gravity, ice and air in order to fly from the Olympic ski jump. In this film, the hubris of a man who thinks his will can overcome all obstacles nature can put in his way is explored.

What I don't get, I guess, is that bit about the railway. In the beginning, it's mentioned that Fitzgerald (the title comes from the locals' mispronunciation of his name) had tried to build a railway across the Andes and failed. This means that there is some point when the hero has stopped before, so why does he keep pushing on in this film? Is his crazy goal to build an opera house and bring Caruso there so much more important than the railway was? Why didn't he abandon his plan, dismantle the boat and have the boat carried across the pass piecemeal, as happened in real life - oh yes, this was based on a true-ish story. 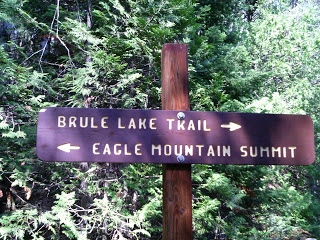 The slope was steeper in places than I remembered, and people had left refuse in the way (do not litter in the state parks). "That slope may look insignificant but it's going to be my destiny."
People actually died making "Fitzcarraldo." Another guy cut off one of his own limbs. The original star, Jason Robards, became ill and had to be replaced with Klaus Kinski, who was a better choice for the mad role. Wait, that's reviewing "Burden of Dreams," not this film. There's a sort of Germanic "Faustian wager" happening, that he'll lose his soul if he becomes content.

I should've brought solar panels, or at least a smaller generator. Oh crap, I forgot the gasoline at the bottom of the last rise.

The point of moving the boat over land is because there was a tract of fertile land that couldn't be reached by boat, but two rivers came close to each other (except for the mountain that separated them), so a huge profit could be made if this land could be put into production.


Why didn't I listen to the ranger? The bugs here are relentless! It's the deer flies, mostly, and DEET does nothing against them. At least they don't carry diseases and there aren't any leeches; both of those were encountered in making "Fitzcarraldo." Also, not having natives trying to kill me is a plus.


Can you count the breaking of ropes and winches as the fury of nature? The power of river rapids? The indigenous people revolting? Insanity? We have entered strange territory, indeed.

The question that stays with me, though, is: what if Caruso said no? 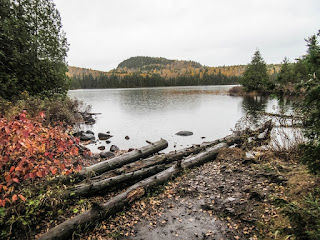 "Fitzcarraldo" was the first Herzog film I saw, the only one I saw in a theater and is still my favorite of the 13 of his that I've watched. The cinematography is breathtaking. The story is harrowing, almost like  "Le Salaire de la Peur" ("Wages of Fear,") but with psychological tension matching physical danger. It is the best acting Kinski did, though one wonders how much he was acting and how much was real.


So, in conclusion, Fitzgerald says in the film, perhaps to me as well:
"Sir, the reality of your world is nothing more than a rotten caricature of great opera"

Now back to reviewing bad films!
Posted by SteveQ at 8:03 AM