How bad is it? It's a standard women in prison film.
Should you see it? I can't see why you should. 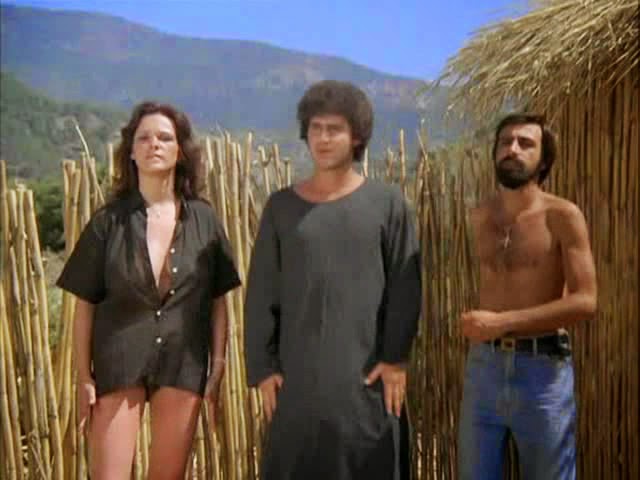 This is my chance to dispatch of an entire genre of films. The original film "Emmanuelle: The Joys of a Woman" starred Sylvia Kristel and was the first porn film for women, having discovered that a travelogue involving pretty scenery, private jets and luxury hotels and a star that was confident and not a busty blonde, would appeal to women. There were a number of legitimate sequels, some with Kristel and some with Laura Gemser, the latter's films veering further into exploitation. Then came an explosion of in-name-only sequels, often with varied spellings of the main character's name. These extended to blaxploitation ("Brown Emmanuelle" and "Emmanuelle's Black Box"), martial arts ""Kung Fu Emannuelle," and even gore in "Emanuelle Among the Cannibals."

This film stars Gemser and had the title changed to fit the series after filming. It's about a Jim Jones-like cult that involves a lot of sex (edited in) and getting thrown into a pit if one tries to leave. There is, of course, a breakout and a final confrontation between E and the cult leader. I have seen so many of these films - both women in cages and Emmanuells - that I can't remember what exactly is in this one and I'm not going to watch it again.
Posted by SteveQ at 11:49 AM