How bad is it? It's preposterous and cheap.
Should you see it? It's just dumb enough to be enjoyable, so yes. 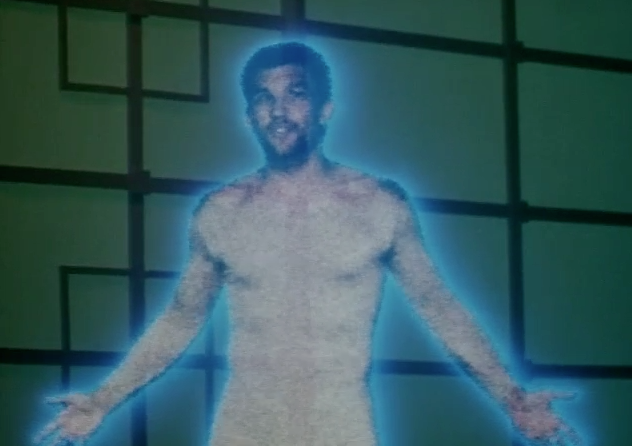 In the future, criminals are made into holograms. A terrorist hologram escapes by having a synthetic polymer skin over the hologram, thus making him an impenetrable electromagnetic field. At least, I think that's what happens; the science obviously doesn't matter in this film. This was directed by Richard Pepin, who has directed a few turkeys and produced hundreds. The film is nothing but explosions and body counts. Michael Nouri shows up for a paycheck, but seems distracted. The film has such stereotyped dialog that it can be fun to hear ("You're a loose cannon!") and the action scenes are edited so poorly that people and things just seem to miraculously move. Except for one long unneeded scene of cyber-training, the film moves along at a good clip, making it decent mindless entertainment.
Posted by SteveQ at 9:32 AM