How bad is it? It's my new leader for "worst film I ever suffered through."
Should you see it? No. Kill those who say you should. 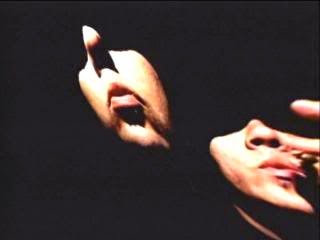 I had to watch this 70 minute film in stretches of 5 minutes, because that's all I could take. Two ballers decide they're going to kill dealers and steal their money to finance a movie about themselves and show the world what they can do for hip hop. There is no hip hop music in the film. What you get is poorly shot footage of two guys whose faces are never revealed swearing and trying desperately to be "street." The individual scenes are endless. This film has an IMDB rating of 1.3, which is very generous.
Posted by SteveQ at 12:05 PM