How bad is it? It made John Derek finally give up filming his wife.
Should you see it? Not really. 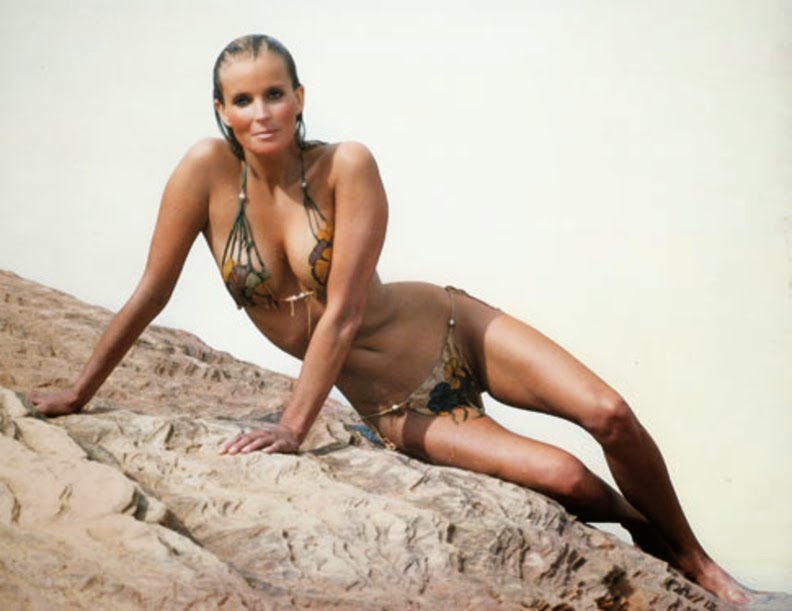 After John Derek was a leading man (1950's), he went on to promote the careers of his love interests: Ursula Andress,  Linda Evans and then the one he married, Bo (who looked like Evans' daughter). He directed her in several turkeys: Fantasies (which some say was made in 1973, some 1981, some 1984), Tarzan the Ape Man (Miles O'Keeffe ended up doing the Ator films, one of which I'll review), Bolero (a title using Ravel's tune used in "10" and her name) and then this dreck. Anthony Quinn plays Bo's husband - apparently the only actor older than himself Derek could afford - and he dies early in the film and isn't seen, but heard for most of the film. Don Murray and Julie Newmar are in it, making this a great cast for 1965, when Bo was an 8 year-old known as Mary Catherine. The "plot" has jealous ghost Quinn wanting a man drowned so he can be reincarnated. Bo gets naked - a lot - and, while at 33, she's still attractive, acting lessons would've helped - a lot. More interestingly, Bo wears a bearskin and a fox, with attached head, as a hat.