aka Quest for the Lost City

How bad is it? It's a typical epic adventure story with no budget from 1990.
Should you see it? No. 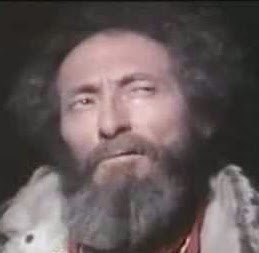 It's difficult to find a copy of this that doesn't have the MST3K crew's commentary; I've seen both versions and neither is worth the time. The story has a teen on a bike escape being chased by a car by jumping in the bed of a truck driven by a drifter (named Zap Rowsdower!!!) The teen's father was killed by a cult and the kid now has a map to a legendary city and everyone's out to stop him on his quest. When the truck runs out of gas, it just happens to be at a landmark on the map and they find a cave pretty quickly that has a better map (so his wasn't needed) and there's some battles and there's some talk about sacrifices to an idol for immortality and what happened to the teen's father and they finally conjure up a cardboard miniature city and all ends well. The film was a student project budgeted at $1500 (Canadian) and looks it.
Posted by SteveQ at 12:14 PM