How bad is it? It's one of the worse Friedberg/Seltzer parodies (that is, bad).
Should you see it? No. 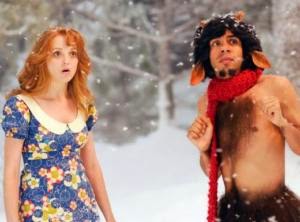 The writing team of Friedberg and Seltzer have been responsible for "Spy Hard," "Scary Movie," "Date Movie," "Meet the Spartans," "Disaster Movie," "Vampires Suck," "The Starving Games" and this film. Disaster Movie is probably the worst of the bunch, but this one seems to make it onto lists of bad films more often. The biggest problem with these parodies - other than that they're only sporadically amusing - is that the references are instantly dated. This film has the usual mix of interesting actors and complete losses: Lauren Conrad, Katt Williams, David Carradine, Fred Willard, Kevin Hart, Carmen Electra, Darrell Hammond, Crispin Glover, Jayma Mays, Tony Cox, Jennifer Coolidge and Kal Penn (I'll let you decide who's interesting and who's a loss). This one meanders in its targets more than most, as it struggles to define what makes an epic movie. Here's a list of targets I noticed: "DaVinci Code, Chronicles of Narnia, Harry Potter, Charlie and the Chocolate Factory, Superman returns, Click, Borat, Snakes on a Plane, X-Men, Punked, Pirates of the Caribbean, Nacho Libre (itself a parody!), American Pie, Scarface, Harold and Kumar, Star Wars, Rocky and The fast and the Furious. Many of those films are older than most of the actors!