How bad is it? It's instantly forgettable.
Should you see it? No, unless you absolutely must see every zombie film ever made. 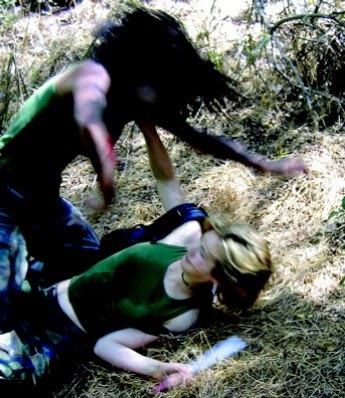 Ten pairs of convicts are released on one side of an island and whoever makes it to the other side first gets paroled. It's televised and there are zombies. The special effects are very poor, as are the make-up effects. There's no characterization and minimal plot. It's only about 75 minutes of people fighting (poorly), so there's action, of the type that a cat sitting in front of a window might enjoy. Do that instead of watching this film; sit in front of a window with a cat and stare into space.