How bad is it? It's one of the worst slasher films I've seen - and I've seen several hundred. [Oh my god. I've wasted my life. Anyhoo...]
Should you see it? I think not, though it has a following among some so-bad-it's-good people. 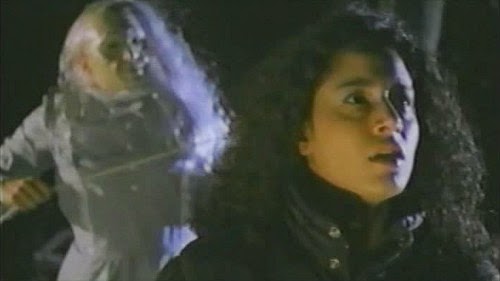 Eight kids in a house get offed by someone dressed as an old woman, but only after 20 minutes of nothingness. One gets stabbed more than 30 times, yet doesn't react at all during it, the knife never gets blood on it, blood gets squirted from a ketchup bottle off-screen, and the girl - pretty much disemboweled by this point - keeps standing. The killer then seems to transport to another room and kills again. All but one die in short order (the film's less than an hour long) and that one dies of fright. Then, in an epilogue, we see all the "dead" kids at the funeral of the last one and we find out that it was all a prank on her that went wrong. Then the girl herself drives by. The film is remarkably well-shot, causing me to wonder if the people involved didn't know better.