How bad is it? Intentionally bizarre, it's also unintentionally awful.
Should you see it? It has a cult following, but I'm on the fence. Probably not. 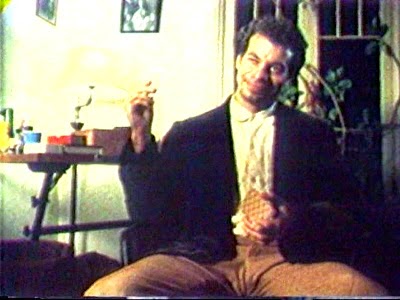 Two crazy brothers, one with maggots in his brain, and their father who kills people while wearing a Richard Nixon mask, kidnap a college girl and terrorize her friends.The soundtrack is incredibly annoying and intrusive. There's rape, mayhem, drugs, Nazis and medical experiments. There's no coherent plot, no acting or direction and no conclusion; the film just ends. And, of course, it was remade a generation later as Horror House on Highway 6.
Posted by SteveQ at 9:31 AM