How bad is it? It's a standard B-western, with some continuity errors.
Should you see it? If you love B-westerns, it's worth a see. 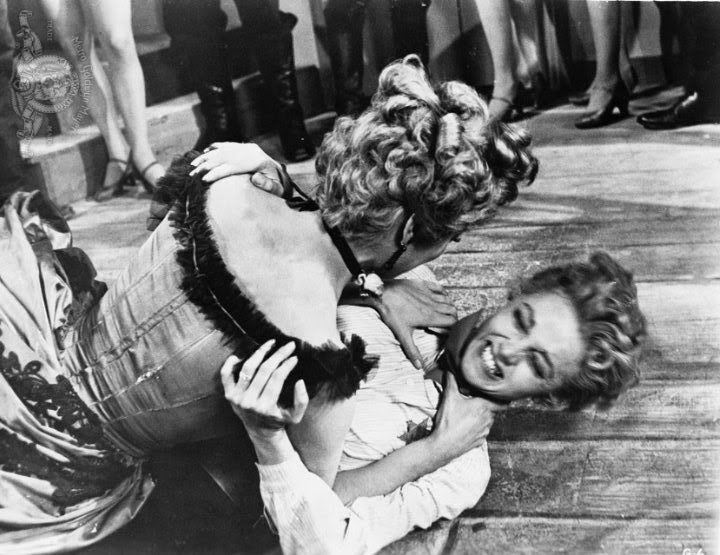 This early Roger Corman film is unusual in that it doesn't involve a monster in a rubber suit, but it has all the trademarks of a rushed, cheap film. After a marshal is killed, his wife takes over - and she can shoot! And shoot she does. There's the requisite bad guy and a love triangle and the body count keeps rising, amid the continuity errors and gaffes. The worst gaffe is seeing actors milling about waiting for their cue. Allison Hayes and Beverly Garland are always fun to watch and John Ireland is okay, plus the Corman regulars Bruno VeSota and Dick Miller make appearances. The final shoot-out is quite funny (unintentionally) but the plot is so circular and meandering that you never know when it's coming. Consider it a cheap "Johnny Guitar" knock-off and you won't be far from the truth. Apparently this film is currently only available in the MST3K version, which I have not seen.