How bad is it? Some consider this one of the best bad films.
Should you see it? It's worth seeking out. 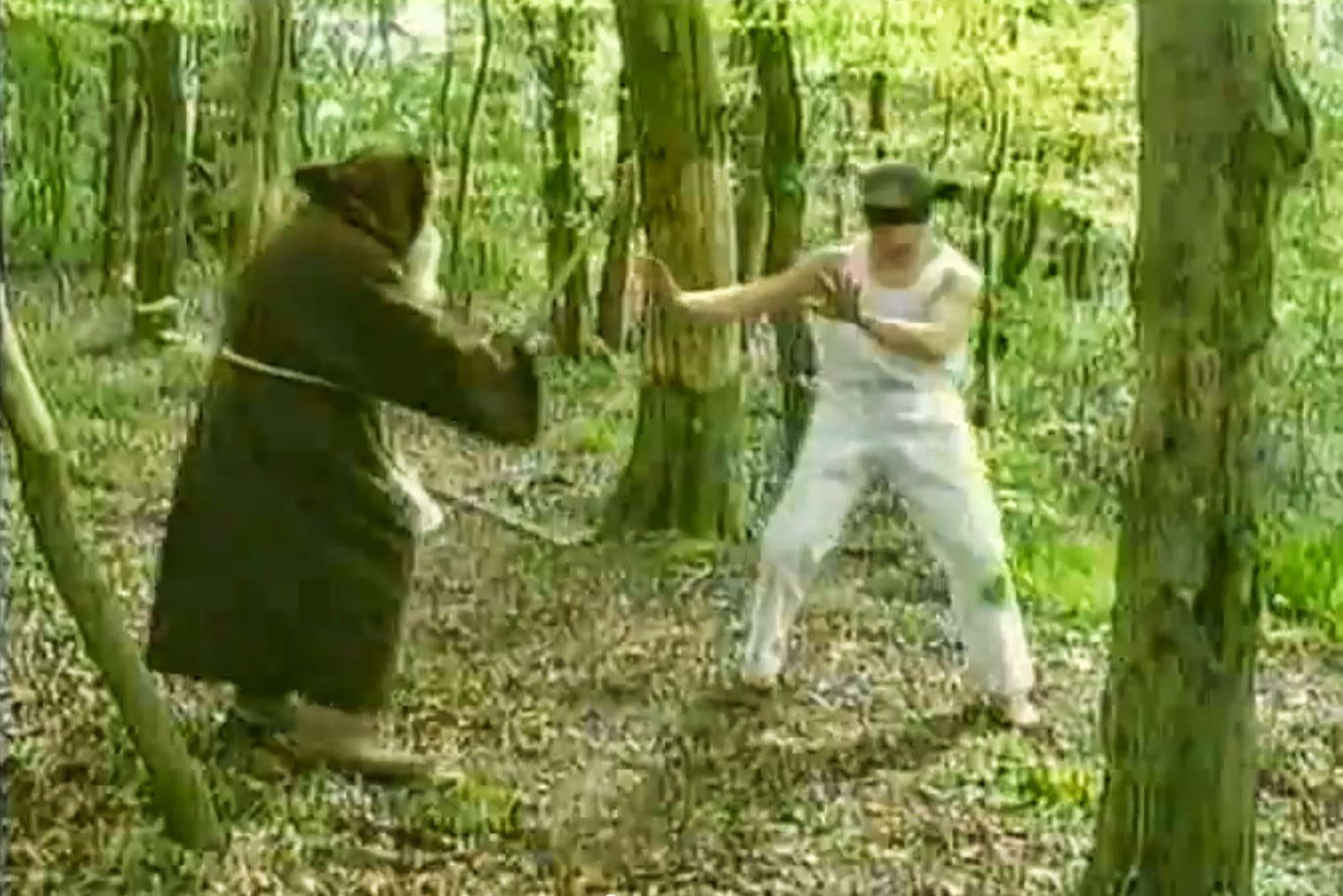 This is the first Irish martial arts film, and while Buddhist monks teaching kung fu in China might make some sort of sense, Franciscans (brown robes) in County Meath do not. The star, playing a character with the actor's same name, returns from 10 years in reform school to find out what happened to his father. Apparently the entire town has rotted, no new cars have been bought in 20 years and there's a green haze over everything. Our hero is short-waisted with broad delts and wears high pants - and is bow-legged - so he looks ridiculous most of the time. Guys in their thirties act like teenage hooligans (hey! that's Irish) in a grocery store and the town "beauty" meets our hero. Then the world's oldest, sickest crime lord decides to keep his enemies close and hires hero Jimmy. Then there's inexplicable monks in bars, montages with inappropriate music of training, a tournament (announced with a "scroll" with fresh printer ink), a chase scene where the hero just stands on the motorcycle for minutes, a car accident that wasn't in the script, some terrible acting and dialog. The final confrontation includes: "You killed my son. Now I'm going to kill you like I killed your father. "You killed my father. Now I'm going to kill you like I killed your son." It looks like there was a gag reel of errors edited into the actual ending, rather than appended. It's not the worst film ever made, but it is an enjoyable mess. Think "Rocky" meets "Dolemite" meets "Enter the Dragon" meets the cheapest shot on video Irish trash. Oh, and for no reason at all, the producer shows up naked, except for a cowboy hat for a few seconds.
Posted by SteveQ at 10:19 AM