How bad is it? It's a poorly realized child-friendly horror film.
Should you see it? No. 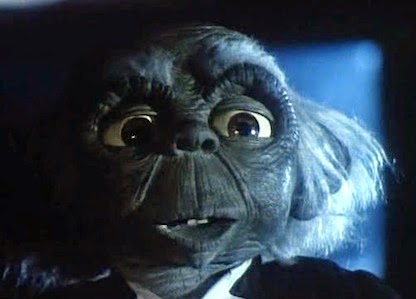 This is one of those films in which nothing works, but instead of being enjoyable because of its inadequacy, it just sits there. Two filmmakers create a puppet that looks like a one-time butler of a mansion that they plan to blow up for their film, but the spirit of the butler possesses the doll and leads them to a hidden fortune. The main character, the puppet, is creepy and uninvolving. There's little tension or plot. I'm not sure why this was made.
Posted by SteveQ at 9:50 AM